Here is an encyclopedic survey of all that Mr. Jobs accomplished, replete with the passion and excitement that it deserves. (via New York Times)

One his most inspiring speeches ever… 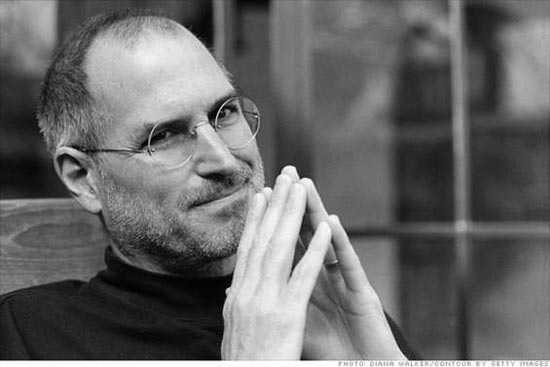 The world has benefited much in the past 35 years since the Steve’s invented personal computing (or at least popularized it). The innovation momentum of the past 14 years since Steve Jobs returned as Apple CEO is staggering. iMac, iPod, iTunes, iPhone, iPad. But the company will continue to dominate it’s niche even after Steve leaves for good for a long time.

I don’t think this time is that final departure but if it is, we’ve had a heck of a ride in AppleLand this past decade. Get well soon, Steve.

By way of Steve Rubel’s Tweet, I read this post about how an outline of Steve Jobs’ Macworld keynote speech was posted on Wikipedia. They even repost the outline for us to get a 24 hour head start on all the announcements.

The only problem is it’s probably a hoax.

That’s because Steve Jobs is not done with his speech yet; I bet he has yet to even fire up Keynote on his super tricked out Macbook Pro.

As I understand his keynote writing process, based upon what I’ve read and back-channel accounts, all of the Apple product managers have sent their white boards to Steve’s Macworld war room. These white boards contain all of the products ready or nearly ready to ship with detailed specs, key features and positioning. Steve will then pick and choose the order of announcement and then put together his slides. No one but Steve is sure what will be announced until it is; it’s just his way.

Sure, there are big product announcements that have been planned for months, such as the previously announced iPhone SDK and redesigned Macbook, that hundreds of Apple people know about but the “one last thing” is still something Steve reserves for something really special. And no way is it YouTube videos in iTunes… my money is still on the hybrid iMac/Macbook I blogged about last week.

But we will know for sure in about 24 hours.