As a longtime Android user I can’t deny Apple’s dominance in apps. But as other mobile platforms have caught up on all the major categories, Apple still totally owns niche mobile apps and probably always will. The benefit of innovation and first mover advantage.

This year marks my third with Android so I thought I might start a new year’s tradition of listing my top 10 third party Android apps from the previous year. Most of these were available earlier than 2012 but they are the ones that I depend on daily on my phone and tablet. The core of the Android experience are the great first party apps Google provides but I find the usability of the platform much enhanced by the work of third party developers.

So in no particular order, here are my picks for the year (with links to the Play store in each title):

I had the opportunity to speak at WordUp Minneapolis today so wanted to post my slides for whoever might be interested. I have also created a hidden WordPress Resources page with all the links discussed in my talk. I expect to add to this page over time.

It seems inevitable that Apple will announce a smaller iPad next month. From leaked photos, parts and careful math the product will sit between the full sized iPad and iPhone/iPod Touch. The consumer demand for such a product has been established by Samsung, Amazon and Google producing the only glimmer of hope Android can someday take on the market dominating iPad. So it just makes sense that Apple would produce a similar product. 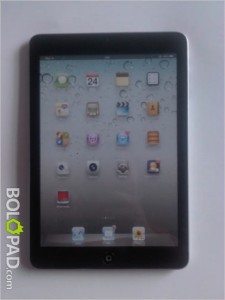 The only problem with this line of reasoning is Apple could care less about consumer demand. They do what they do and then convince us to buy the result. The current iPad is a tremendous success at it’s $400-500 entry price points. The current size of the device is perfect for what it does, the only area for improvement is in weight which will likely be solved in the next refresh. And finally, Apple just doesn’t expand their lines with the same thing in smaller sizes. At least in mobile devices (just look at the iPod lineup for an example). So for these and developer fragmentation in apps I have long contended Apple would never do “a 7 inch iPad.”

If all the speculation is correct, the size of the iPad mini (or Air) will be closer to 8 inches so my previous statements will be technically correct. But what really bothers me is the sameness to the current iPad; there just has to be something magical about doing the smaller version aside from a lower price point. This got me thinking about the next big thing in computer user interface; what comes after the mouse. And I think the new, smaller iPad could be part of that future.

Since Apple introduced multi-touch gestures in Mac OS X and the magic trackpad most of us have at least become aware of where computing is headed. But the gestures just are the tip of the iceberg that will start to come to light when the iPad mini is released.

Imagine using the tablet as your main pointing device replacing your mouse. Each application could have their own palettes and special controls on the iPad screen as well as accept your touch input for pointing and manipulating data. Games would be another interesting application what could span the desktop and Apple TV. This mouse app could be run on a full sized iPad, of course, but I think being in the middle of the too small iPhone and the too large iPad is the perfect spot. And the entry price of $299 would not put it out of reach for most consumers. So I think the iPad mini will also double as your mouse for your laptop or desktop. We’ll see what they have for us in October.